Last Thursday a crew from Horsham electrical contractors and three cranes converged on the Murtoa showyards and erected the new lights which will enable night football games as well as other evening activities to take place in the future.

The four 25 metre light poles(over 80 foot imperial) with a bank of five lamps atop each will illuminate the ground to above AFL minimum lighting standards. The AFL requirement is 100 lux and Murtoa’s output is a little over that.

When entering the north end of Lake Street from either the highway or Comyn Street, the light adjacent to the scoreboard can be clearly seen in daytime so it should prove spectacular when lit up after dark.

Speaking to Minyip Murtoa president Andy Delahunty on Monday evening, he told the Advertiser that two crews worked all day Friday and he hoped that another two crews would be working on Tuesday as it takes a crew a day to test and connect each pole.

If that happened, the plan was to use the lights for Tuesday evening’s practice match against Taylors Lake.

There is another practice match scheduled at Murtoa for Friday, March 21 next week to start around 6.15; then another at Minyip against Birchip-Watchem on March 29 on the Saturday afternoon

The lights will definitely be used in the Burras’ third round match for premiership points against Horsham on May 3.

Andy was saying the club was happy with numbers turning up to training and they are hoping they can improve their journey up the ladder again this year. 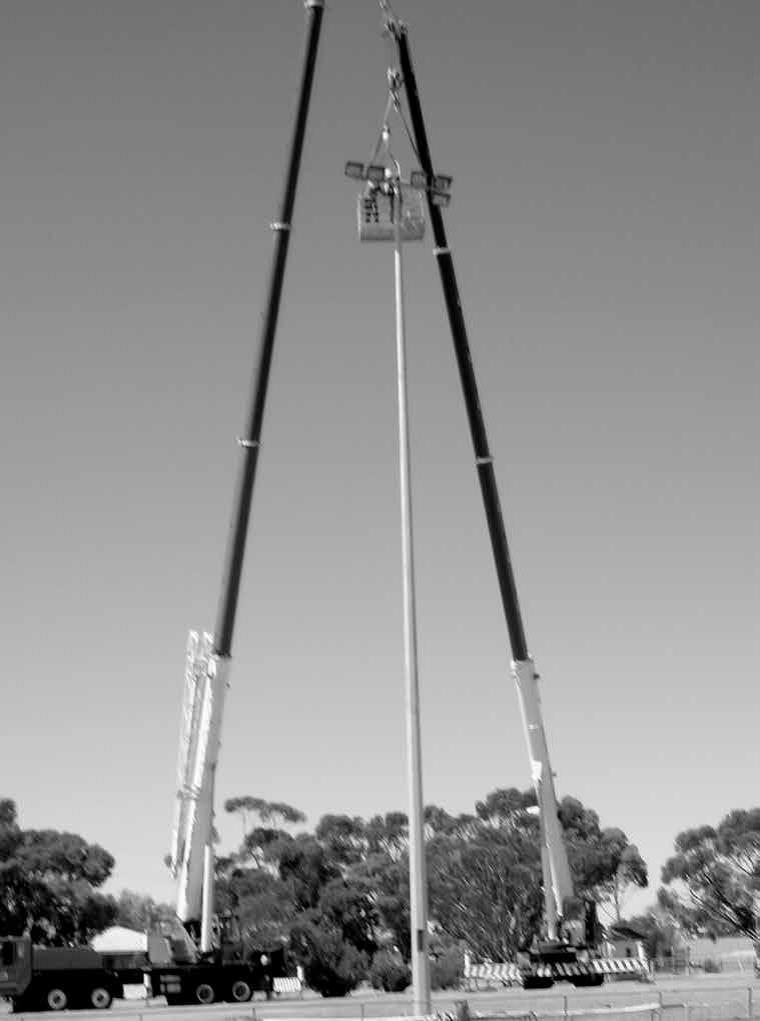