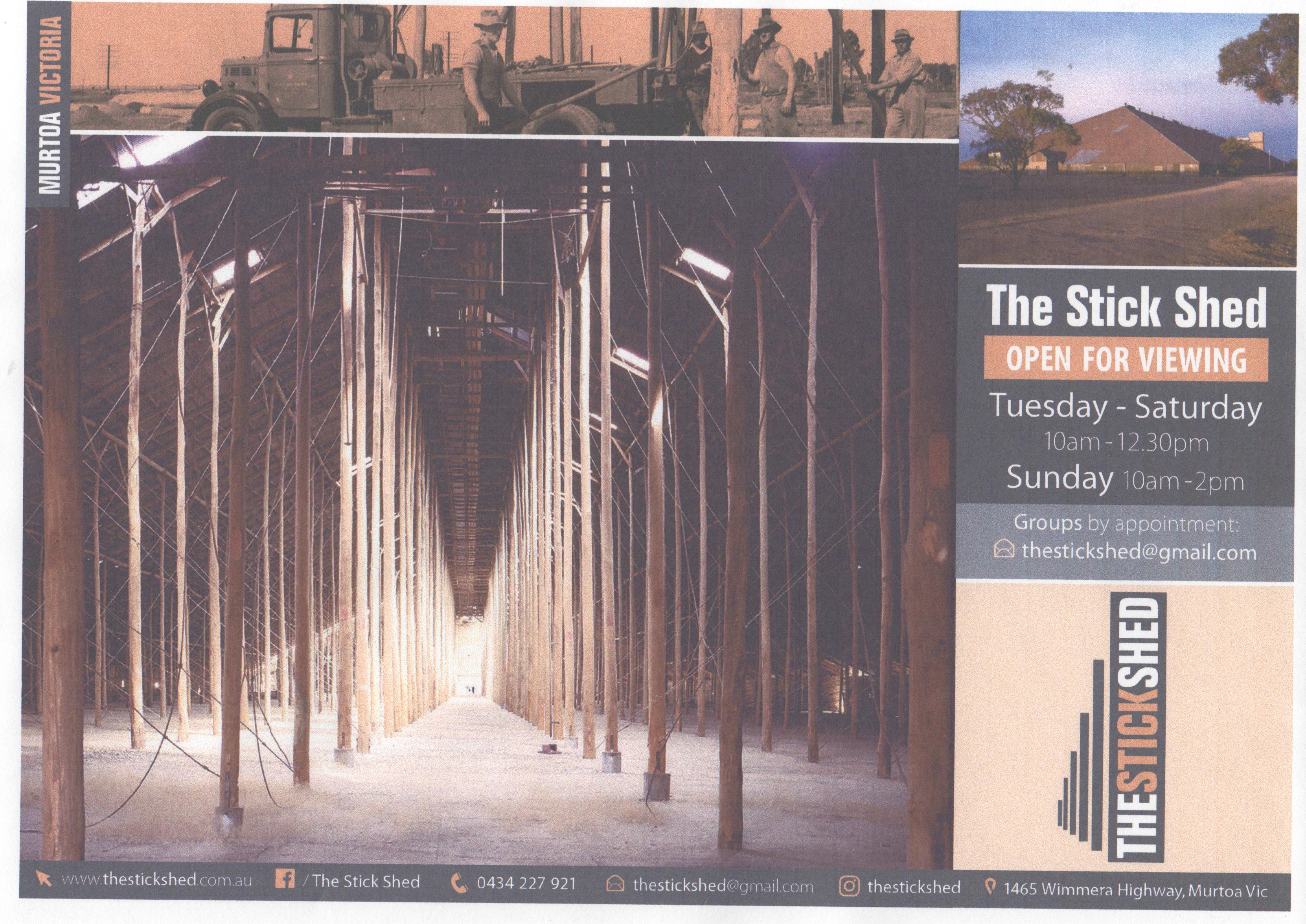 Commencing on Tuesday March 5 The Murtoa Stick Shed will be open for public viewing six days weekly. Hours will be Tuesday to Saturday 10.00am to 12.30pm and Sundays 10.00am to 2.00pm. The shed will be closed on Monday

In making this announcement Chairman of the Murtoa Stick Shed Committee of Management Ms Judith Welsh said  “Visitor numbers over the past 12 months clearly indicate that the Stick Shed is a huge attraction to both people living in the region and visitors. Being open on Sundays only has meant that many potential visitors have been unable to view this magnificent icon”

“People touring the Silo Art Trail have become aware of the Stick Shed during their tours and have been disappointed when making an inquiry that the shed is not open. Our secretary reports that he receives  10 to 15 calls a week from tourists who wish to visit the shed outside advertised opening times. By extending our opening times it is hoped that many more people can experience this magnificent building”

The Murtoa Stick Shed was constructed as temporary grain storage during the second World War. Known then as The Murtoa No1 Grain Storage construction commenced in September 1941 and received its first delivery of grain in January 1942. Constructed in three months the shed is a testament to ingenuity of bush carpentry. The Stick Shed is 265 metres long, 60 metres wide and is 19 metres at its apex.

Due to the unavailability of steel, 560 unmilled Mountain Ash poles were used in its construction.

The Stick Shed is listed by Heritage Victoria and is No 101 on the National Heritage Register This has given recognition to a significant part of Australian history associated with the wheat industry and the impact of World War Two on the home front.

Ms Welsh added “Larger groups are still encouraged to book for their visit to ensure that they are properly managed and looked after. Groups are encouraged to book via our e-mail address “thestickshed@gmail.com” where they will receive confirmation and further information regarding attractions and facilities available in Murtoa”