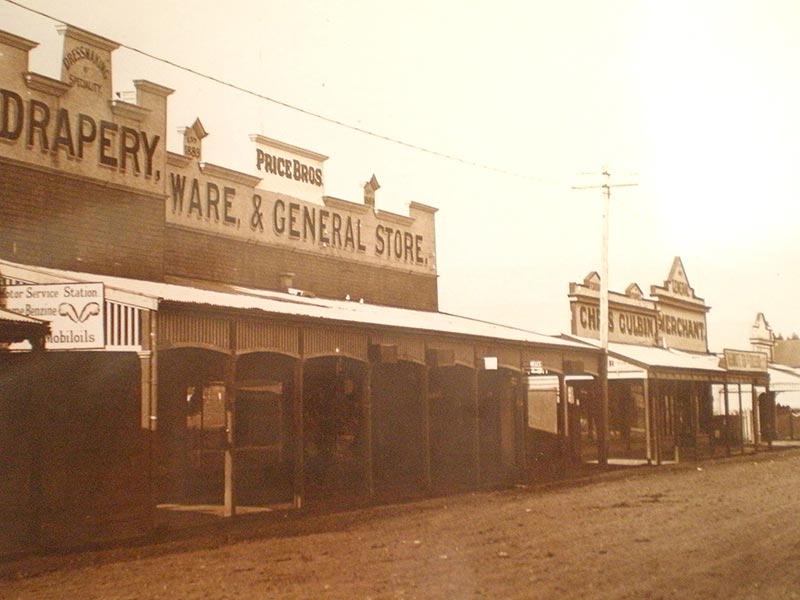 Originally known as Marma Gully, Murtoa was founded on country belonging originally to the Jardwe Aborigine people for thousands of years.

There are many reminders of this past, with ancient marked trees in the Barrabool Forest and other early scatter sites throughout the immediate vicinity.

Murtoa was named to mean ‘Home of the Lizard’ and Marma (Lake and Street) means ‘Wild Duck’ – both are believed to be from the local language. Aborigines were still present in the early white settlement days, but eventually most were relocated to the Ebenezer Mission at Antwerp and then to Lake Tyers in the Gippsland coastal region in the 1910-30 period. Lake Marma itself was formed from a swamp which would undoubtedly have been well-known to the local Jardwe tribe of this district.

Following the traverse of the Wimmera by Major Thomas Mitchell in 1836, the future site of Murtoa was incorporated into the land squatted upon by McPherson and Taylor in early 1844. Their adjacent stations, Longerenong and Ashens, jointly held over 200,000 acres originally, and were to continue through various sub-divisions and owners (including the famous Wilson Bros. and in particular, the philanthropic Sir Samuel Wilson after whom Wilson Hall at Melbourne University was named) until the site at Marma Gully Swamp, still part of Longerenong Station, became the town of Murtoa.

Under the Land Act of 1869, many German families, amongst others, came to select the surrounding country in 1871-1872 until the Murtoa township was surveyed around the swamp in 1873. It was settled soon after, and rapidly became a prosperous grain town, further enhanced when the main Melbourne to Adelaide railway came to Murtoa in 1878. The State’s largest inland grain receival centre eventually became established adjacent the railway in later years, with a further branch line to the North ensuring even greater supply. Murtoa still features many fine buildings and heritage streetscapes from earlier times.

Many streets are named after the early Councillors from the first Dunmunkle Shire formed in 1877, and Murtoa is filled with many descendants from the original German settlers.  The Murtoa Historical Society houses many interesting documents, pictures and information about this wonderful region.

There are many other things to do and see in and around Murtoa, as well as a number of annual events such as Murtoa’s Big Weekend – enormous fun for tourists and locals alike! 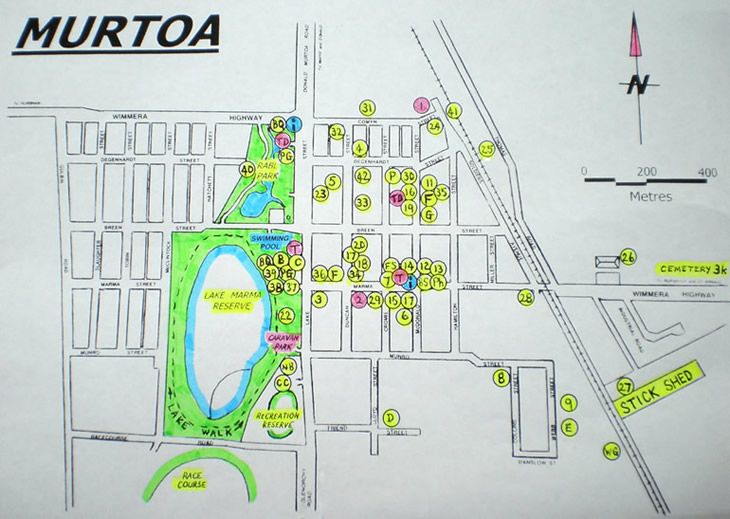 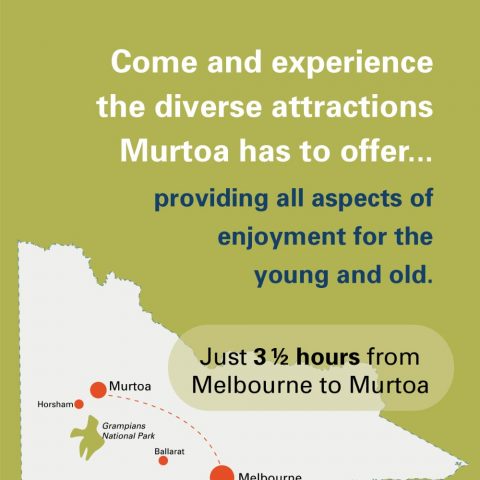