“The Dressmaker” shoots in Murtoa

A scene from the film The Dressmaker is scheduled to be filmed in McDonald Street outside Murtoa’s Furniture Store (Arthur Parish’s)  between 3.00 pm and 7.00 pm next Friday 12th December with the Art Department dressing the street from 12.00 midday and all activity should be complete by 8.00 pm

“The Dressmaker” is an Australian feature film starring Kate Winslet (Tilly), Judy Davis (Molly) and Liam Hemsworth (Teddy). Set in the early 1950s, the film is a bittersweet comedy about a glamorous young woman who returns to her small wheat-belt town in rural Australia in order to right some wrongs from the past. When Tilly comes home, she not only reconciles with her ailing mother, but with her sewing machine and haute couture style, transforms the women of the town. She also falls unexpectedly in love, in turn leading to her greatest loss and her most destructive deed

The film is being Produced by Sue Maslin (Japanese Story, Road to Nhill) and Directed by Jocelyn Moorhouse (Proof, How to Make an American Quilt),

The scene to be filmed involves a 1950’s bus pulling up to a stop in the main street of a fictitious town (Winyerp) and characters alight from the bus arguing with each other while they enter a hall.

While several parking spaces will be reserved from early in the day in McDonald Street, mainly outside Murtoa’s Furniture Store and across the street to clear the street of non-period cars. Access to all businesses will be maintained throughout the day.. The Art Department will also temporarily paint out the white parking bay lines on the road surface and spread some gravel and sand on the footpath outside number 28 to dress the street to a 1950’s look.

The filmmakers will be conducting a ‘hold and release’ of traffic in McDonald Street during the filming period to ensure safety around the filming area.

The film crew will number around 30 people, and while access to all premises will be maintained at all times, you will notice increased activity in the area during filming. On-Set Location Manager, Julian Duggan will oversee the filming and liaise with locals as required. 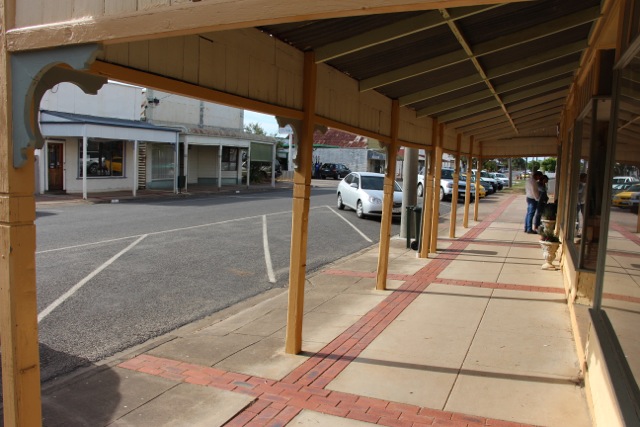