Big Weekend had Many Highlights 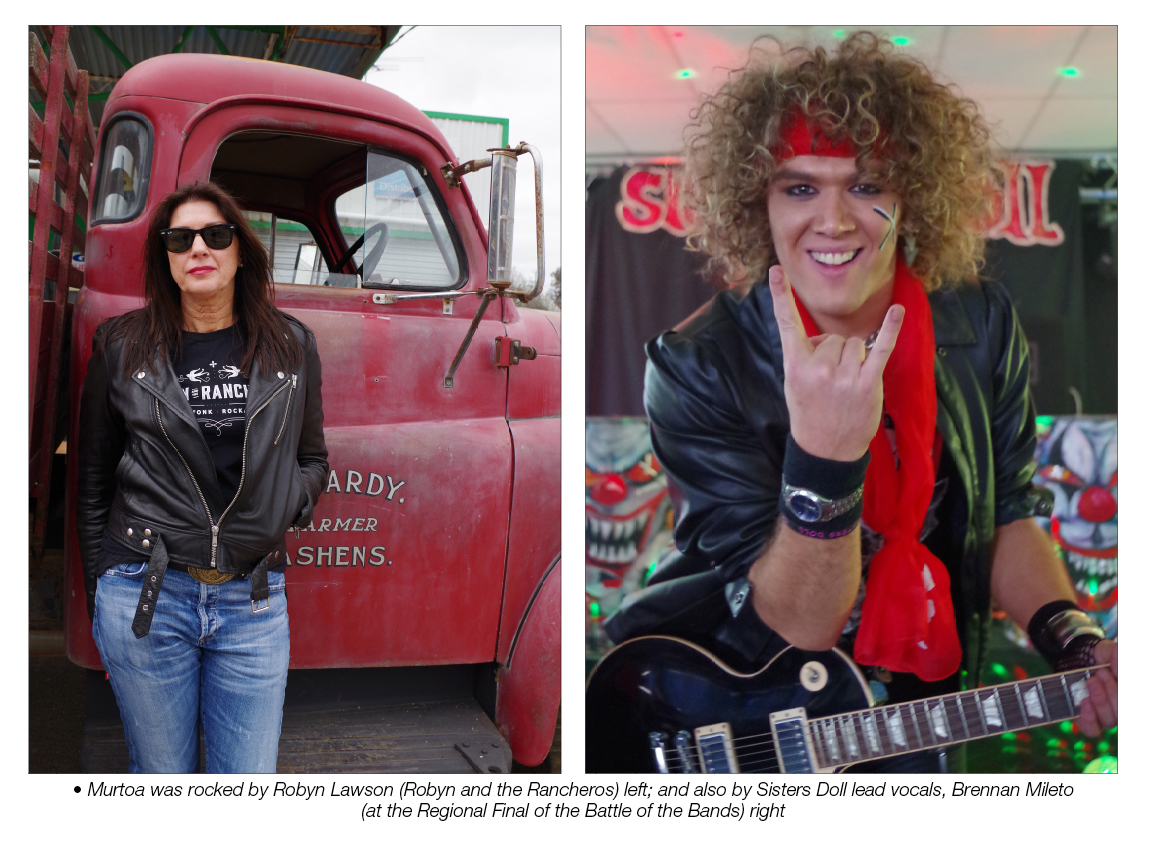 This year’s Big Weekend in Murtoa provided many highlights to the numerous visitors and locals who attended this year’s event. New attractions as well as the usual events attracted excellent crowds.

Big Weekend Committee Chairman David Grigg said “Despite the threatening weather, attendances at all events held over the weekend attracted excellent crowds with many of the visitors coming from outside the district.”

Friday’s A & P Society’s Annual Show was extremely well attended despite the weather. The show continues to attract many locals and expats who use the opportunity to meet and socialise in a very relaxing atmosphere. Pavilion entries were again of a very high standard and activities provided for the younger generation were very popular.

The Grand Opening of Murtoa’s Big Weekend on Friday night provided Rock and Rollers with great entertainment courtesy of rock band Robyn and the Rancheros who played until late into the night.

The Big Weekend was officially opened by local member of Parliament Ms Emma Kealy at the GrainCorp Art Exhibition. She congratulated the community on facilitating the festival for twenty years and acknowledged the corporate and community based businesses which support the event.

The Art Exhibition was well supported by local and regional artists with sales over the weekend well within expectations as the standard of art was again of a high standard. The new attraction of the sale of Pre-loved art attracted a lot of interest.

A Rock and Roll dress up competition held in support of the evening provided the opportunity for Rock’n’Roll groups from around the area to present themselves in dress according to the genre and demonstrate Rock’n’Roll dancing to others attending.

Saturday morning’s Monster Street Market and Show’n’Shine attracted a huge crowd. There were approximately 50 markets stalls in the street and over 60 classic and antique cars and motorcycles on display. The decision to relocate the Show’n’Shine from Rabl Park proved to be very successful.

Celebrity Chef Danni Venn demonstrated the art of cooking with pulses to a very appreciative crowd and was followed by a performance by Robyn and the Rancheros and the dancers from Wimmera Rockers Danceworld.

A good crowd was in attendance at the Railway Hotel during Saturday afternoon to watch the Western Bulldogs take out the Grand Final from the Swans. This crowd was joined in the evening by another group of Rock’n’Roll fans who turned up to see Robyn and the Rancheros perform for their third gig of the weekend.

While the weather on Sunday morning was not promising, a small band of cycling enthusiasts turned out for the “Tour de Marma”, the bicycle relay conducted by the Triangle Titans.

Later in the morning again a good crowd was in attendance to see the Regional Final of the Battle of the Bands, a FREEZA Push Start event. The Regional Winner was Mildura band ‘Overwound’ with runner up being Horsham’s Kessia Peterson. Australia’s Got Talent finalists Sister’s Doll also performed at the final.

The Ecumenical Service conducted at the Mechanics Hall attracted an excellent crowd. Based upon the theme of the International Year of Pulses, Rupanyup’s Jenny Moore spoke on the benefits of growing pulses in developing countries as well as the economic benefits to the local region. Rupanyup’s a Cappella group The Decibelles sang during the service which was lead by Fr. Peter Hudson.

The historical attractions of the town; the Water Tower Museum, the Sumpoilers and Stick Shed all attracted many visitors. Visitors to the Stick Shed were offered a Pulse Farm Tour and seventy-five people took the opportunity to take the tour showing modern farming practices, crop rotation and crop varieties. Tour leader Mr Tom Hamilton said “We had a very good response and questions from guests who came from a broad range of backgrounds and locations, to most of whom farming was completely new.”

In summing up the weekend Committee Chairman David Grigg said “Again the community has conducted a very successful event which has attracted many people from outside the town and district. I thank those people and organisations involved in running events over the weekend for their efforts in making sure the weekend was the success that it was.”